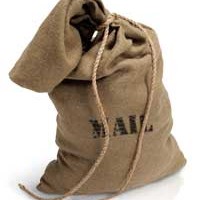 My 11 year old is a slob.  If I let her, her room would be declared a disaster area by local news stations.

How can I motivate her to clean it?

Oh wow, does MamaBear hear you!!

It's been MamaBear's experience that unless:

You're just plain up the proverbial paddle without a creek.

It's like soggy toenail fungus; it's a plain fact of life.  There are ways to lessen/prevent it, mind you, but wow….it's hell to deal with!

So…lots of empathy to you!

Now, here's how MamaBear would deal with it (and actually *has* been dealing with it now for 15+ years).

How important is neatness *really* to you?

If it's more important than surviving your standard everyday tornado, then progress to step 2.

But if not, use this as a negotiation point.  Let your kid know that you're willing to let go the neatness of her room in return for whatever concessions you want.  It has to be a give and take.

If, however, you do want to be able to at least see the floor (and ideally, the floor should be unmoving from various rodents/buggies and the like)…

Do *not* deal in generalities here!  For example, tell her that the floor must be visible without resorting to excavation equipment…. else XYZ privileges will be lost.

Explain how, while her room *is* her room, it's part of *your* house and as such, you have the right to insist it meets the bare minimum of human habitation standards.  However, (and this is important), be sure to listen to her take as well.

While ultimatums are satisfying for adults to smoosh upon kids….at the age of 11, kids do have the right to expect their views will be heard as well.

Then smoothly move to:

Step 3.)  Write out a contract that you both sign.

I've actually found this to be most effective myself!  Seeing the expectations laid out in black and white, plus signing an agreement to them….at least gives you the fall-back option should she not keep her end of the bargain up.

If boundaries are pushed, you can point to her signed contact and explain, "Hey, you chose to drop the ball and ignore what you promised me….hence, here are ABC consequences."

The key here is to ensure there is absolutely zero ambiguity.

The plain fact is, your child is more likely to become a star Sumo wrestler than change her habits immediately.

So, do *not* expect a miracle of change…instead, make sure you follow up, day after day, to help her develop the new habits that allow you to tolerate her presence in your home.

It might take several centuries, but if you're consistent, you should see change in the positive direction.

One thing is for sure, *nothing* will be different if you don't try something new.

So….give it your best shot.  Your daughter will thank you (eventually……'way 'way *'way* eventually).