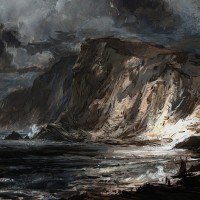 My gosh what a day of unmitigated horrible agonizing miserable character-building learning!

But the good news is, every drama king trauma through which our kids go compel them one step closer to maturity and taking ownership of their feelings.

It was a nice, quiet Camp Ling day.  I had decided that my boys needed some exercising, so HD2 graciously agreed to walk them the 1.5 miles down to the local playground.

Unfortunately, there arose an annoying high-pitched whine in the air, which quickly turned into the drone of a thousand angry boylings.  Sigh.

HD2 called me, and I instructed her to tell said boys to "Man up, Cupcakes!, suck it up and deal with the situation."

And life went on.

After the husband picked up the kids, he took them out for ice-cream and other goodies.

Upon returning, HS2 (you *knew* he'd be the focus of the story, right?) came to me with the force of a detonated nuclear tomato and stuttered out:

"Mommmmmmmm, it was hot and I wanted to go swimming and it was HOT Mom and all I wanted was to have JUST ONE HAPPY day in my ENTIRE life because I NEVER had ANY happy days at all and Mom it it's just sooooo unfair!!!!!"

Did I mention that the following music could have been an awesome addition?

G'head, press "Play" and then imagine *that* as framing the ultimate whine!  🙂

After a minute of watching him turn redder than a mashed tomato, I was then treated to him throwing his head back, clutching his chest (I kid you not) and, with tears streaming down his face, earnestly tell me how "all he wanted was just one happy daaaaaayyyyyy!"

Bemused I was, alright!

And I sat him down and told him this.

"HS2, I understand your unhappiness.  But remember, even when you cannot change the situation, you *can* choose to change how you view it!

Your problem was that you let the angry boy and the whiny boy conquer the hero within you.  So here's what I want you to do.

Imagine first a suitcase.  Okay now, describe it to me.  It's black?  With no design?  Okay.  Now, create a big huge mountain in your mind.  Tell me about it.  Is it grey and rocky?  Does it have hills?  Trees?

Okay, now you and I are going to climb up that mountain together but first…I want you to take all of your anger and stuff it into your suitcase.  Make sure none remains outside!  Pick up that suitcase, and be careful, it's really heavy now.  How are you carrying it?  In your arms?

Great!  Now we're walking up that mountain.  It's raining HS2, describe it to me!  Yes, I see it too – there's lightning in the distance and thunder and the wind is blowing.  Walking up the mountain is really hard!  But we have to get to the top.

Now, I want you to walk to the side of the cliff…and just chuck that suitcase over the edge.

You're letting go of your anger by throwing it over the side.

Let's now walk down the mountain.  Notice anything different?  It's a lot easier, right?  You're no longer carrying that heavy anger within you!

So every time you get mad and angry, you have to make a suitcase in your mind, fill it up with your anger, climb up that mountain and then throw it all over the side.

This is how you let the hero within you conquer the Angry Boy and the Whiny Boy.  They're all within you, you know….but *you* can choose who becomes the strongest of them all."

Now, I'd love to say that HS2 dried his tears, smiled up manfully and me and said, "Mom, you're sooo right!  I'll do that every time it happens again!"

'course, I'd also love to say I can conjure up gourmet Blue Mountain coffee out of dried applesauce, too.

What really happened was that HS2 looked at me, looked down, looked at me again, and then whined,

"But Mommmmm, all I wanted was just ONE HAPPY HAPPY DAY AND…"

So I told him,

"HS2, I can only open the door for you, you must be the one to walk thru it yourself.

If you choose to sink yourself in misery, that's your choice but kindly do it away from me.  As a matter of fact, why don't you just leave right now, get yourself together, and then come back when you're ready to talk like a big boy?"

5 minutes later he was back by my computer, the lesson learned, and he went happily off to play with his brother.

Talk about an exhausting 20 minutes.

Still, though, it was ultimately worth while indeed.

Thus, when your children decide to get angry and not let it go, do the following.

It might take 394 some repetitions but once they've internalized that the hero within them can conquer the Angry Boy within them…..it will help them keep an even balance as they continue to grow.

And that, of course, can only be described as a Very Good Thing indeed.