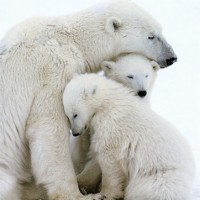 The delightful activity in which we all indulge!

Wouldn't it be great if you could just add water and happily drink up techniques that would propel your parenting experience into the stratosphere and beyond?

Wait no more!  Indulge in:

Imagine the following.  You've just finished cooking the evening meal after boldly dealing with customers who were so idjut-like, they'd make Goofy a contender to beat Stephan Hawkins in chess.

And right before you serve the meal, your charming child saunters in and says:

"Mom, can you come by the bathroom?  I saw the faucet was leaking so I took it apart with your styling iron and but it doesn't go back together."

Now, most mere mortals would look incredulously at said child before imploding into a brilliant sunburst more radiant than teenagers receiving 35 hours of math homework.

No, instead, *you* first choose to *listen* to understand just why your child hates you so much they try to turn your hair grey in less than 3 seconds.

Then you shun that idea and realize that hey!  The impulse that drove your child was one of "helpfulness."

Not anything negative was intended.

It might have resulted in dire agonizing angsting for you, mind you, but (and stay with me here, the following is key) that was *not* the intention.

With kids, sometimes it pays far more to focus on the intentions instead of the results.

Thus, awesome parenting technique #1 is to listen before screaming your head off.  Your blood pressure will thank you for it.

Accepting the notion that parents can be mistaken can be, well, daunting.

But amazingly enough, just like moons can become a beautiful shade of blue when viewed with cyan-tinted glasses, it does happen.

And your child calls you on it.

Now, I know of many parents who find admitting they are wrong is more distressing than consuming metric 16 tons of nuclear cactus spikes without possessing anything to wash it down.

See, our kids learn how to parent by experiencing our own parenting methods.

And if they see us refusing to admit when we're wrong, they'll think, "Ah HAH!  When *I'm* a parent, I'll be infallible too! Muah hahah!"

I firmly believe that children deserve the honor of "truth".

It takes nothing away from you as a parent to admit when hell has frozen over, and you're (gasp!) wrong.

I remember when HS1 called me on a mistake of mine; he tensed himself up for a huge confrontation with me that I utterly destroyed by agreeing with his assessment…and then apologizing.

Talk about sails being deflated!

But our mutual respect grew.

Which brings me to my last awesome idea:

Technique #3.)  Respect your kids as you want them to respect you.

Now, don't get me wrong.

I do *not* believe you need to earn your child's respect.

You're the parent, you deserve respect, period, end of story, do not pass "Go", do not collect $200!

When you *do* offer your child respect, you are modeling the very behavior you desire to see.

What do I mean by "respect"?

Parenting is truly a hero's journey for us as parents, but never do forget….

Growing up is a hero's journey too.

Make it a worthy experience today.

ps – speaking about hacking, have you seen: