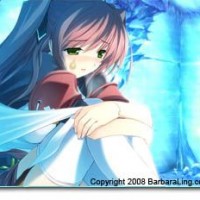 It's a hero's journey.

'course, so is parenting that same adventure (kinda sorta like surviving 83 simultaneous monsoons in December is a walk in the park too!).

But every now and then, you'll see your kids making Really Bad Decisions that you want to smack down yesterday and ensure…never happen again.

Here's what happened to HS2.

HS2 is one of the sweetest boys imaginable on the face of this planet – he's the kind of kid who gives away his toys to anyone who looks sad and unhappy.  It's been hardwired into him, see – he is incapable of not trying to make the world a joyful place in which to live.

HS1, on the other hand, is a selfish little twit at times.  I am thrilled by his progress in compassion, mind you – he does rise to the occasion much more often when empathy is required.  Still, though, his motto seems to be, "Number 1!  It's me!  Wheee!"

It's as though each boy has one terrific survival skill burned into their psyche (one for compassion, one for self-preservation) to the point that it becomes a liability.

Thus, I'm using each as an example to the other on how to temper their feelings.

And let me tell you, that works out great!

A few days ago, HS2 was playing with a good friend who wanted his ice cream.

HS2, being HS2, gave a spoonful to said kid.

And finally, HS2 said, "Here!  Why not take the whole thing!"

Which the kid happily did.

HS2 talked it out with HS1 and me afterwards.  And HS1, being, well, HS1, said the following words of wisdom:

"It's your own fault, HS2.  If you're going to be nice all the time, people are going to take advantage of you."

But he *does* have his own form of wisdom.

I then dominated the conversation and told HS2,

"I know that you want to make everyone happy….but HS1 is right.  If you keep giving away everything, other people are going to think, Doormat! and take whatever they can get from you.

Yes, your heart is in the right place, but you need to say "No."

What a sweet boy.

So we had a discussion and some roleplaying on how it's perfectly acceptable to set boundaries, and that when you *do* choose to go out of your way….make sure it's truly appreciated and not wasted.

HS2 cried a bit during this conversation, but I view that to be collateral damage – better he cries now if he understands later.

We'll see how effective the conversation was.

In closing, sometimes your children will fight against learning…and it will make them cry.

Freakin' deal with it.