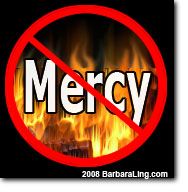 The day ran by me soooo fast, I only have time now to update!

Today's Camp Ling was still in the happy happy joy joy "let's take it easy!" mode; HD2 and I utterly destroyed our lower bodies at the gym (leg day, woot!), HD1 walked the mooses, and we all did a family Dance Dance Revolution thingee.

Next week we ramp up Camp Ling with all of the academics/writing stuff, wheee!

One interesting occurrence – HS2, alas, is not as coordinated as is HD1, HD2 and HS1 when it comes to Dance Dance Revolution.

Kinda sorta like a skateboard is not as stable as a Mack Truck.

And when he failed his song, he immediately tried to launch in Whine Mode.

After sharing with me his anger at his subperformance, I told him that he wants all of his sibling's abilities without putting in the efforts himself.

So why on earth should he expect that he will be barely competent if his practice level is zero?

HS2 tried excusing himself but I refused to allow that; he *had* to take ownership of the consequences of his *lack* of practice.

The good news is that instead of stomping off, or simply imploding….he eventually did listen to MamaBear, did acknowledge his ownership, and did maintain his temper.

I made certain to praise him to the skies for that, and then told him:

Starting next week in Camp Ling, every day for 15 minutes, he will practice his song in DDR with only me there to cheer him on.

My did his eyes shine.

It really did bring home to me that one of the best gifts you can truly give anyone…is letting them know you believe in them wholeheartedly.

All in all, a great ending to today!