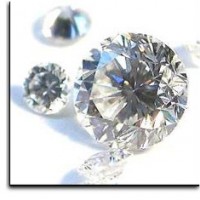 It does have its disadvantages!!  As HS1 just found out.

MamaBear was reminded of this when HS2 came bounding up to her, showed her a balloon that smelled rather nice and said,

"Look Mom!  I used air freshener to blow it up!"

Bizarreness, too, mind you, but as HS2 is a rookie space alien (his own description of himself), I chalked it up to,

Wow, his mind works so uniquely…I hope he never loses that ability!

Thrilled with my reaction, HS2 scampered over to HS1, "He Who Comforts The World Because The World Is Not As Glorious As He Is Himself", and showed him his "invention."

Whatever he was going to say was lost, as I immediately tempered my voice into a rather decent imitation of a calm, gentle avalanche of 48 megatons and called him into my office.

I then proceeded to take his nifty ideas (he now makes tremendously clever Portal cubes out of scrapes of paper), and systematically turned his words against him like so:

"My gosh (cluck cluck cluck) you just *don't* *use* paper for stupid ideas like Portal cubes!  I mean, jeez it's for writing!  Why are you wasting it by trying something neeeeeeewwwww?????"

As you can imagine, 4 seconds of this had HS1 feeling lower than the ingrown toenail of arthritic cockroaches.

But it *did* give me a smashing opportunity to cuddle both boys and tell them the following.

"HS1, there will come times when HS2 will totally mow you over because his mind is capable of thinking in such bizarre ways, he'll come up with ideas you'd never even consider.

And HS2, as well….HS1's analytical mind will always derive logical solutions that might evade you too, because that's just the way his brain is wired.

You boys *need* to appreciate the fact you have what the other lacks!  You boys are a team; you both have extraordinary thinking abilities that *complement* each other!

Embrace that!  Because while separately, you're both magnificent, together…you can conceive of miracles.

And both boys went off happily to play.

Which brings me to the point of this post.

It's very easy for siblings to sneer at another's accomplishments, *unless* you as a parent spell out to them just why they should cheer each other on.

HS1 wasn't trying to be mean; he was simply stating his opinion *without thinking* beyond his surface reaction.

But once I showed him just *why* HS2's actions were to be applauded (bizarre though they were), I'd love to say he embraced it completely!

I'm not after total acceptance, mind you…but at least HS1 allowed his mind to be open to the idea.

I'm utterly and totally insane about there being *zero* sibling rivalry in my household; from the getgo, I simply refused to accept any hint of one child raising themselves up by putting a sibling down.

A great way to accomplish this is to always be alert when issues like the above happen; kids can't be expected to value each other unless it's spelled out in no uncertain language.

So to make your kids appreciate one another, simply do not accept *any* nastiness or oneups-manship; refuse to tolerate small-mindedness, and verbally take the time to tell your kids, again and again, just *why* they *will* value one another.

Having children who love and value one another….it just plain rocks.

It's a glorious thing indeed.