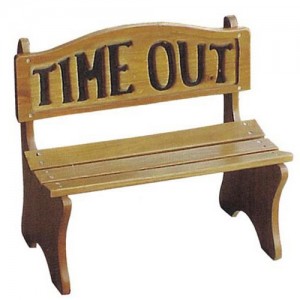 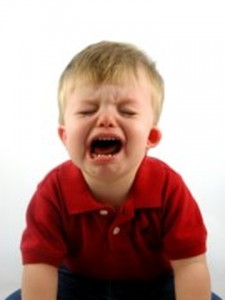 There ARE something things guaranteed to really frost her petunias, y'know?

If there's one thing that makes Mama Bear growl with extreme frustration and dismay, it's seeing the hordes of horribly-behaved little spoiled twits out there in retail stores who throw screaming tantrums because their parents have the audacity (gasp!) to tell them the facts of life.

They need to be taught that should they choose to act like rabid warthogs, they'll suffer the consequences.

That being said, the easiest way to deal with tantrums in the store is to simply….pack up the screaming kid and (get this!) walk out.

(Ideally, of course, you can flag a store employee that you'll return for your cart, mind you.)

When you grow the motherly balls to force your children to experience consequences, you'll find out…golly, they start to listen and to learn.

But you have to take ownership of that *first*.

When you fail to be strong, when instead you give in to your screaming brat's desires, all you're doing is showing said screaming brat that it's *they* who possess the power….and not *you*.

Not a good message at all!

This will only set yourself up for even more trying times as your screaming brat becomes an overbearing jerk of a teenager.

Stomp on poor behavior *now*…your future sanity will thank you for it. 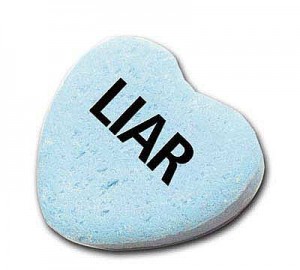 I guess that every child goes thru lying every now and then.

Thing is….HS2 is going thru it more than, say, Barney attempts to inhale small children on a daily basis.

As you can imagine, this gets 'way frustrating 'way quick!

However, dealing with it is not as easy as MamaBear would prefer.  I would personally prefer to shriek to the heavens:

and then institute 839 various and sundry agonizing consequences that would make me feel super wondrous.

Alas, however, that wouldn't be the most optimal approach!

It's much better to get at the root causes of the lying and deal with that *first*.

So!  Instead of imploding with the grace of a thousand suns, instead I sat HS2 down and addressed the issues.  He had told me he read 12 Box Car Children books; I picked a random one and asked a typical question about it.

He couldn't answer it.

Then I asked another.  And another.

And it finally came out that he had only read one half way…and that he was waiting to get the whole series before starting to really read.

In other words, his lie was what he had wished he had already accomplished.

Consequences were still called for, of course, so MamaBear  had him write 3 paragraphs:

I think another aspect of the whole situation deals with self-confidence and showing that he's as good as the other kids.  He *is*, but for some reason….he tries to take short-cuts to gain the same level of appreciation.

Methinks I have to work on that more.

Still, though, it's all good…HS2 is now reading his favorite Box Car book and will then write his version of how *he* would deal with the mystery.

And the joys of parenting go on! 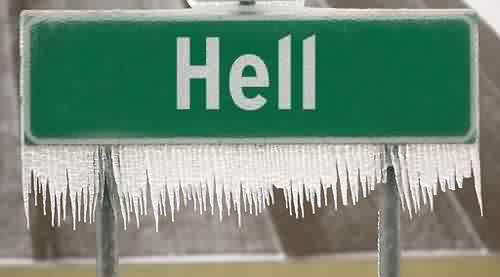 No, MamaBear is *really* serious here.

Hell didn't just freeze over, it ate the North Pole.

And MB is so tickled pink by this, she could stand up and sing.

No, today, MamaBear's Honorable Son #1 (middle school child)….saw his brother was crying and instead of asking him to be quiet so he could finish his video game, actually *stopped* playing, ran over, comforted his brother, and then got MamaBear to handle the situation.

Gentle reader, you have no idea how earth-shattering this is.

Honorable Boy 1's general motto in life is, "I'm Honorable Boy #1…and alas, you are *not*.  It is my patriotic duty to explain this to you, several times if necessary, in hopes of alleviating your sorrow."

We kid you not.

For the past several centuries, MamaBear has been trying to figuratively beat into HB1 the notion of… "compassion."

She tried many different tactics…but one of them ultimately *worked*.

And here it is.

Whenever HB1 was arrogant or condescending to his siblings, MamaBear imitated the same thing…intensified 37 times.

And whenever HB1's siblings *showed* compassion, MB made sure to praise them to the skies in front of HB1.

Methinks the word 'agonizing and tedious' got coined during these times.

Make no mistake about it; it was beyond painful and irritating.

Imitating arrogance over the top, causing one's child to cry, and all-around making the point so dramatically it's never forgotten….it's not for frail souls.

But it ultimately worked!

Children are *not* born with compassion, and siblings are often *not* infused with appreciation for each other.

It's up to the parent to belabor the point….so long as it's effective.

But continuous reinforcement, continuous consequences and continuous praising…that can truly swing the day.

If your child is an arrogant little twit like HB1 used to be, take MamaBear's advice.  Beat it out of them (figuratively of course) and help them buy a clue.

It will make your family's life far more enjoyable…and compel your child to become better than ever.

Have you ever wanted to give your kid some excellent academic enrichments?

If so, one of the best, all around resources is

During Camp Ling, I have been known to print out daily challenges in all aspects of academics, including Math, Latin, story-writing and much much more.

Have you made a change in your world today?

If not, be prepared…for awesomeness at this site indeed.