“Man UP, Cupcake!” Why you want to teach your child to ignore useless pain

And let me tell you – today began with a bang (literally!).

Let MamaBear tell you what happened.

Every other day, I take my clan out to the local park at around 6:20am to both:

This morning, HD1, HD2, HS1 and HS2 bounded ahead of me after we exited the car (I was bravely guiding the two mooses who were frantic to enjoy the great outdoors).  Life was peachy until…

HS2 tripped and fell splat onto the asphalt bike path.

Dear gentle reader, it's incumbent upon me at this moment to explain how MamaBear views pain and injuries in general.

My take is if the bones aren't broken and the muscles aren't sprained, you're still capable of picking yourself up, dusting yourself off and dashing back into whatever activity is being enjoyed.

Heck, I remember when I was enjoying my beloved 2.4 mile circle walk with HD1 years ago; we were jogging down the sidewalk, she fell, and opened up a rather dashing gash on her knee that proceeded to bleed profusely.

And the number of times my kids have taken the hit at karate sparring in earlier years!

Unless the injury is massive (ie, crushed nuts), I've told them to man up, deal with the pain, and continue sparring (in real life, I certainly doubt that any bully would stop beating on my kids if they took a hit!).

So as you can tell, I'm just plain ...intolerant… of useless pain-whining.

Cry me a river!

It's life, just freakin' deal with it.

Let us now return to this morning.  HS2 had just eaten the bike path and lay there, spread-eagled (I was about 50 feet behind).  I called out, "Get up now and come to me!"

I could see the tears were getting ready to flow, so I next told him:

"You're handling it fantastically!  I'm so proud of you!  Keep up the good work and keep walking to me!"

After HS2 reached me, I told him to hug me (my hands were full of moose leashes) and reiterated how great I thought he was doing.

Between that and our continued walking, HS2 literally had *no time* to think and start whining about the brief pain from falling down; he had already forgotten about it.

Is that woot-worthy or what?

Additionally, I had the other 3 kids congratulate him as well on his manliness; HS2 loved that.  Yay!

Now, I have no problem with massive amounts of cuddling for bad injuries!  And of course, my kids never ignore useful pain (ie, if they have a stitch in their sides while running, they slow down).

MamaBear refuses to reward such things with extensive positive attention.

After all, it's the way the real world operates, aye?

So the best thing to do is to Man Up, Cupcake!, take the hit, get up and continue on again.

When you teach your children to deal with their useless pains like this…you're teaching them self-reliance and excellent coping skills to boot.

And that of course is something Most Wondrous indeed. 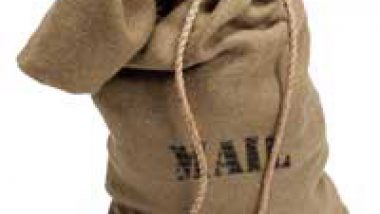 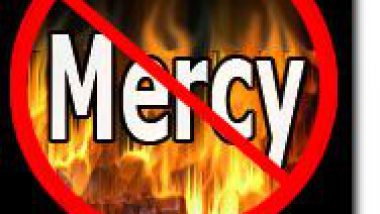