When the SH*T hits YOUR Hairbrush and Other Parenting Insanities

Yes indeed, Mama Bear was happily ensconced in her bathroom, pulling on her karate gi and otherwise making sure her outwards persona didn't frighten small impressionable children (immediately, that is).

Life was joyous!  Glorious!  All that remained was that MamaBear had to brush out her long luxurious golden locks of shining womanly magnificence hair.   She casually reached a paw out for the Hair Care Tool of Tremendousness when all of a sudden she realized:

The Hair Care Tool of Tremendousness!  It wasn't there!

Now, this in of and by itself wasn't too baffling; HS2 often took my hairbrush whenever emergencies arose like His Little Pony needed her mane brushed (speaking of which, allow me to amuse with you with some My Little Pony Physics, might I?

Thank you very much, we now return you to our regular broadcasting).

So!  I called over HS2 and gently inquired, to where did you abscond with my brush?  And he happily said, okay Mom, I know where it is, let me get it for you.

And more minutes passed.  Idly, I took note that someone in the kitchen had just started running the sink water.

HS2 then bounced back into my bathroom with my hairbrush, freshly scrubbed!

Just why on earth…..should my hairbrush be freshly scrubbed????

So before I started brushing my hair, I asked HS2, what were you doing with my brush?

And he said (and truly, I hope you're sitting down right now *without* having any sort of expellable beverage in your mouth):

"Well mom, I have a little story for you (he really did start it out that way).  HS1 asked me to help clean up the moose plop in our office (translation – the dogs pooped on the floor) and I needed a brush!  I couldn't find one, so I used yours instead."

I believe that at that exact moment, time stood still so luckily… I was unable to instantly react.

After a few years, logic and consciousness re-entered my soul, and I got really really quiet as I asked him,

"Do you really think Mom's hairbrush is the best tool to clean up moose excrement?"

Unlike many parents, I generally don't scream or yell; my kids know that the quieter Mom gets, the more trouble they're in.

By this time, HS2 was aware of how utterly wrong his actions were.  When I asked him just why on earth he thought this was a Good Thing, he said:

"I just got carried away Mom and really wanted to clean things up, so I didn't think."

"Mom, I just don't think I deserve being a Ling right now.  You can give me any consequence you want, you can take away my office, you can make make me miss the school trip tomorrow that I really want to go on!"

And he was totally sincere.

Gentle reader, imagine my dilemma right about then.

How the *Hell* could I punish him for using my brush as he did?

Taking a deep breath, I counted to 10.

Then I counted to 10 again.

This time in Wookie.  (that was much easier, btw).

Drying up his tears, HS2 scampered off to his computer, wrote up his story and printed it out.

His consequences was to do both his chores and HS1's chores for the next few days.  But…I made darned certain to praise him to the skies for both his honesty and the way he handled getting into trouble.

HS2 is only 8.5 years old.  But his ability now to look at actions and consequences….wow.  There's been so much improvement!!

After HS2 left my bedroom, I was sitting on the bed with the most dazed expression on my face.  HD1 walked in, and said "Mom, you look like heck."  I responded, "You have no idea what just happened….let me fill you in."

"Mom, this is yet another reason why I'm never having kids."

🙂  Plus, she tickled me and commiserated with me.  Woot to HD1!

The next time you hear the phrase, the sh*t hits the fan, remember.

It's much easier to clean up there…than in your hairbrush. 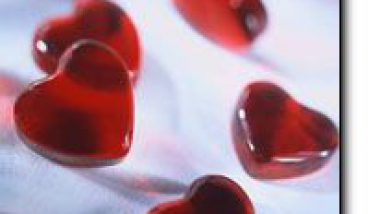 Surprise at the Locker!